TECHNICAL MANUAL- Request authorization for consultation if you are a reseller or fire maintenance technician. If you are already registered and need to be enabled, contact us.

The European Committee for Standardization (CEN) has established a classification for fires, based on the type of fuel. The classes recognized at a European level are five (A, B, C, D, F) plus one (E) which is not contemplated in the CEN classification, but it is recognized at an international level. It is compulsory to write the fire rating of every fire extinguisher on its label (extinguishing ability + class of fire). Every fire extinguisher must be tested with one or more series of tests, involving the extinction of a test fire, in order to establish its fire rating; each series consists of three tests. If the fire extinguisher does pass two tests out of three, that is, if the fire extinguisher is able to completely extinguish the test fire, and in the 3 minutes after the complete emptying of the tank the fire does not spontaneously reignite, the series is passed.  There is no limit to the number of series the same type of fire extinguisher can try.
The numbers of fire rating follow the Fibonacci sequence, excluding values 0, 1, 2 and 3, and values 5 and 45 for fire classes different from class A. Besides the values from Fibonacci sequence, 27, 43, 70, 113 and 183 are added.

The class A test fire consists of a stack of pine bars, whose humidity varies from 10 to 15%, that is 54.6 cm high and 44 cm large. Its length is variable: the bars are positioned at a 10 cm distance from each other, and the number of bars that can be found on the long side of the stack is the same number of the fire rating. The stack is put above an ignition pool, that is 10 cm longer than the stack is, 60 cm large and 10 cm deep. The pool is filled with a 3 cm layer of water and, above, a 0.5 cm layer of propane. When everything is ready, the propane is lit, the pool is left under the stack for 2 minutes and then it is pulled back. The wood is left to burn 6 more minutes; the fire rating test starts right after.

Fire tests for this class are prepared in cylindrical containers made of welded sheet steel.The fire rating of the fire extinguisher depends on the size of the pool, going from 92 cm to 3 m diameter and from 15 to 20 cm of depth; the sheet is always 2.5 mm thick (2 mm in case of 21B fire extinguishers). The pool is filled with water and heptane, ratio 1:3. The heptane naturally floats on the surface of the water. The test procedure is similar to class A tests (the fire is left to burn for 8 minutes, then it is extinguished, when the fire extinguisher is completely empty the flames must be totally extinguished and there can be no reignition in the following 3 minutes).

Fire tests for class C are realized with two propane tanks, each one weighs 25 Kg, whose valves are 7 mm large, both linked to a collector pipe whose valves are 25 mm large. At the end of the fast-closing valve there is a 7 mm diaphragm, which is followed by a 2-meter long, 22-mm large pipe.After the fast-closing valve at the end of the pipe is opened, the gas is lit; there is no free combustion time required. In case of fire extinguisher that weigh more than 3 Kg, the same fire extinguisher must extinguish the fire test at least twice.

There is no fire test for this fire class.

The test fire for this class is built in a steel container that should be 2.25 mm thick and 17-25 cm deep, so to simulate a deep fryer. Pure edible vegetable oil whose temperature goes from 330°C to 380°C is used as fuel. 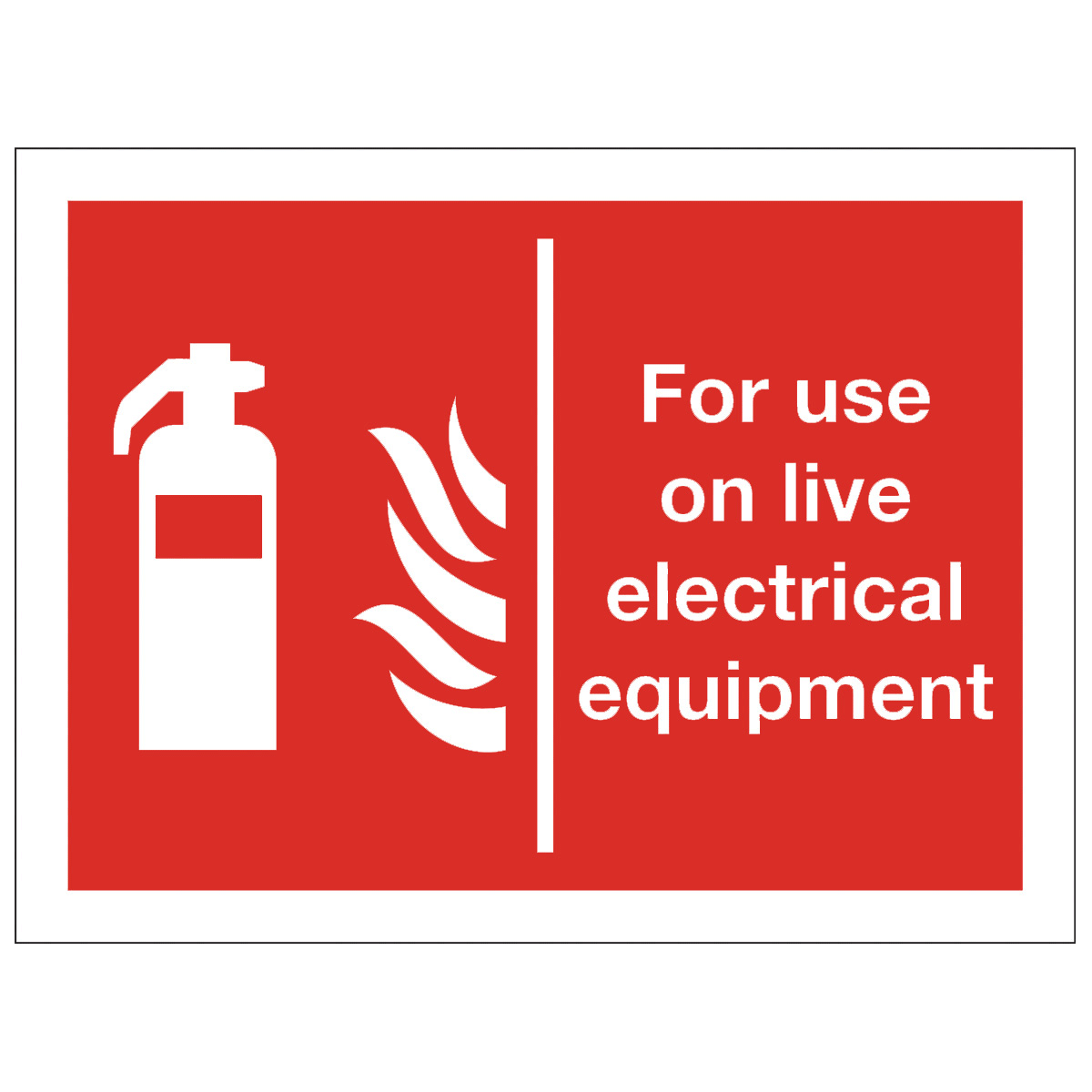 There is no test fire for class-E fires either, but a dielectric test is required: it will show the ability to not conduct electricity from an electric source to the fire extinguisher's operator.